We are a family of churches in the Kootenays, BC. Other Locations Read more about the Evangelical Covenant Church
Click here to see our COVID-19 guidelines and how to attend a Sunday morning service.

We believe that every Christian is called to mission: to bring the whole gospel to the whole world.  In that sense, every Christian is a missionary.  However, as a church we want to support those individuals and couples who are seeking to bring the gospel to those who have never heard, often in cross-cultural contexts.  Below is our current list of global missionaries that we support as a church.

For more information on all of the global missions opportunities within the Covenant Church, click here!

Below is a list of the long-term missionaries supported by our church. 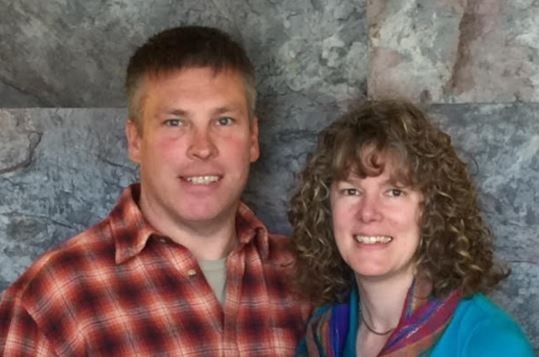 I am Colleen Nahnychuk from British Columbia, Canada. I am a New Missionary with Serve Globally (ECC’s Mission Priority) and will be serving in Argentina. Originally, my husband Max and I were called, individually yet at the same time, to missions in the middle of Patagonia, Argentina and we embarked on this journey together. However, in September 2017 this changed when Max passed away. The months that have followed have been the most difficult of my life, but God has confirmed for me His calling on my life.  I remain completely surrendered to His will and through my grieving and healing process am seeking to faithfully follow where the Lord leads.

I will be partnering with the Iglesia del Pacto Evangélico Argentina, which consists of several Covenant Churches. I am committed to serve there “to join in God’s mission to make more disciples among more populations in a more caring and just world.” Each church has its own outreach and community development projects. I eagerly look forward to walking alongside the Argentine Conference and Churches in the areas of Developing Leaders, Make and Deepen Disciples and Church Vitality.

The primary backdrop of the mission, will be working under the direction of the President of the IPEA utilizing the Covenant’s Pathway to Vitality, available in both Spanish and English, as well as other ECC materials from the US and other Latin America countries. I will be serving as support for the pastors by assisting with developing stronger congregations through leader development and discipleship training.

Secondly, every one of the six churches has their own specific ministry in which I have been asked to serve. This represents a full range of opportunities including:

Together with Serve Globally and IPEA, we are discerning what ministry will look like. Currently, I will be the only Covenant Missionaries in the Southern Cone.

Thirdly, I will be forwarding information to Serve Globally and Merge about how they can come along side the churches to serve them in the most holistic and practical way possible.

Finally, I have a vision of hosting any individual, couple or family that wants to join me in service and cultural immersion in Argentina.

For more information and to stay up-to-date on my progress, please visit blogs.covchurch.org/nahnychuk 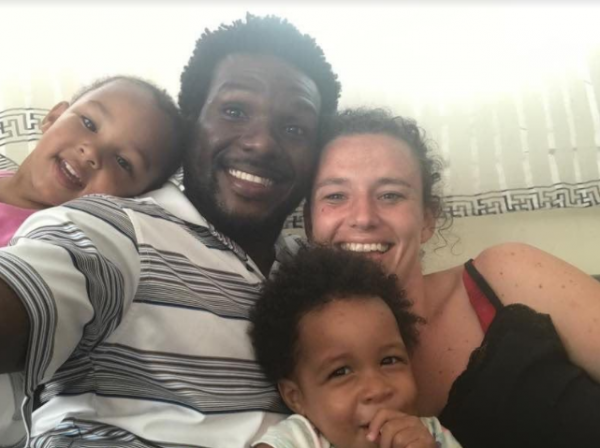 The Opiyo family lives in Mombasa, Kenya and runs The Rehma Project. Kelvin grew up in a poor community called Kongowea situated in Mombasa. He met Nikole while working with a youth ministry. Nikole was on a short term mission in Mombasa at the time. They were married in 2011 and began ministering to youth in Kongowea. They moved to Canada in 2013 where they pursued higher education, had two beautiful girls (Mercy and Amina), and prepared to move back to Kenya full-time. They returned to Kenya in February of 2017.

The Rehma Project seeks to empower the youth of Kongowea, Kenya through sports, mentorship, education, health, and loads of love. Through the transforming knowledge and love of Christ, their prayer is that youth will come to know Him and live an abundant life. The community they work in is an unreached population. Much of their time is spent running soccer and mentorship programs for over 500 young men and women. They do one-on- one mentorship/discipleship and bible studies. Nikole is currently working on creating a prenatal education and support program for pregnant women. To learn more about The Rehma Project you can visit www.rehmaproject.org 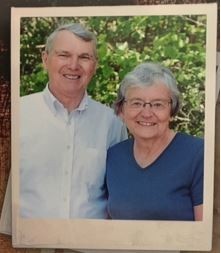 We have been with New Tribes Mission since entering the training in 1972. After spending time on staff at the Bible Institute in Michigan and 20 years in Senegal, West Africa, we returned to Canada in 2000 (due to political unrest in Senegal). We are very thankful to be able to continue to serve here in Canada, having an active part in reaching the whole world by helping at the Academy. Retirement isn't mandatory in NTMC, and we are assessed annually for continued ministry at our grades K-12 Academy. This role supports the HQ and Emanate (missionary training course) families as well as folks who are on temporary home assignment.

Our work now consists of going to school at 8 am each morning! Marshall teaches part time (2 history/geography classes in grades 7-12). Barbara is teaching grades 3&4 this year and Algebra 2 in the high school. It is great for the children to have teachers who have overseas missionary experience, who teach from a biblical worldview and who understand the transitions missionary families experience. Children are definitely part of a family's successful participation in full time ministry. We can encourage them and we take their "training" seriously. 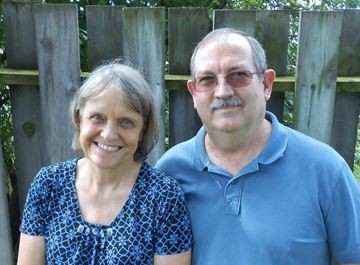 Jim was born and raised in Bolivia, South America, and I (Millie) grew up in Canada and my parents were also involved in missions for many years. We both accepted Jesus as our Savior as children. We met and were married while in Ontario in mission training to become missionaries with New Tribes Mission. We went on to spend 30 years serving with NTM in Bolivia. We have 2 children: Karen and her 3 children currently live with us here in Wisconsin. Our son, Paul, served as a missionary pilot for a time in Indonesia and then in Bolivia. He and his wife and 3 children have now returned to the States to seek medical help for their small son.

We went to Bolivia as missionaries in 1978. To start with, we spent 15 years in a church planting ministry with the Quechua people high up in the Andes Mountains. The people live in isolated farming communities where they (still) plow their small fields with oxen and eat potatoes 3 meals a day! We studied their language and culture, taught many home Bible studies, and saw God raise up a number of small church groups. Missionaries need to be flexible and during the next 15 years we found ourselves involved in a great variety of ministries. Jim did some buying and shipping of supplies for the tribal missionaries in the jungle, he represented the mission to the Bolivian government, and he served on the Field Leadership team. We served as hosts in the mission guest house, and I (Millie) did accounting and secretarial jobs as needed. PLUS we enjoyed many trips to the jungle to provide consultant help to our coworkers learning tribal languages. During our last year we had the privilege of teaching at our Bolivian Missionary Training Center. After returning to the USA in 2008, we were Deans of Married students at the New Tribes Bible School in Waukesha for a year before we moved to Racine where we now live. The last 7 years have been invested in the SLR team (Spanish Language Resources). 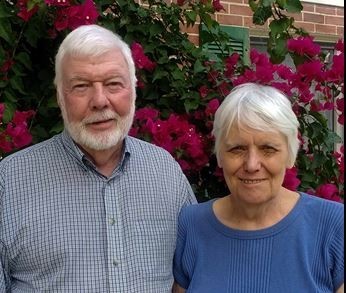 We are Mike and Diane Henderson and we have been members of New Tribes Mission since 1974. We have been affiliated with the Nelson Evangelical Covenant Church since 1979.

For 28 years most of our time was spent in Papua New Guinea and in a very isolated tribe called the Aziana. It was and still is only accessible by small plane or hiking in. Our ministry consisted of first learning the national language of the country and then the Aziana language and culture. The Aziana language took quite a time as the language was unwritten and everything had to be learned by putting it together piece by piece. But God helped and we got that huge hurdle behind us. Then we needed to present the whole message of the Bible to them. We started at the beginning of the book in Genesis and taught the Gospel foundationally, chronologically and progressively from there. Very few of the Aziana understood the national language so we needed to translate the Bible into their language. We were able to translate all of Genesis, most of Exodus and other Old Testament portions that we wanted to teach from so that we could confidently say “This is what the LORD says”. We worked our way through key Old Testament passages and promises that were pointing to the Messiah that God promised to send. Then on to the New Testament and as they heard of Jesus and all he did many put their faith in and fell in love with him.

Over the years a lot of the Aziana believed in Christ so training and bringing them to maturity was a huge part of our job. With many learning to read some became able teachers and leaders. We also developed written lessons to guide them through the New Testament teaching.

We also helped and encouraged the Aziana to be self-sufficient by planting coffee trees, tangerine trees and peanuts as a cash crops. How to arrange flights to carry their goods out so they can be sold. In 2003 we finished translating all of the New Testament and about 3000 Old Testament portions. We left the tribe and returned home to get the translation ready for printing. We dedicated the Bible in 2005 and stayed home since then. However after the dedication of the Bible, I was given the opportunity to be an International Church Planting Consultant with New Tribes Mission. I have held that job since then and been able to travel to some of the countries we work in and help the younger generation of missionaries as they navigate the same types of challenges in other tribal locations.

Sign-up for our weekly newsletter highlighting ways you can grow in your faith.